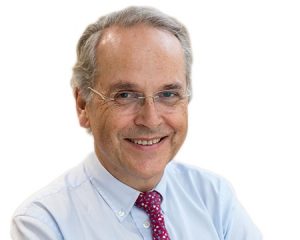 Mr Coleridge Smith is Consultant Vascular Surgeon and Medical Director, British Vein Institute. He pioneered the introduction of duplex ultrasonography in the clinical investigation of venous disease in the UK. He is an expert in the treatment of venous disease using minimally invasive methods and has pioneered the introduction of ultrasound guided foam sclerotherapy into the UK. He is well known for his many publications on venous disease, particularly those related to the pathogenesis of venous ulceration. With others he published a theory suggesting that leucocyte trapping in the microcirculation of the lower limb during venous hypertension is part of the mechanism that leads to skin damage and venous ulceration of the leg. He has undertaken scientific research into methods of preventing deep vein thrombosis in hospital practice. He has investigated the incidence of deep vein thrombosis in passengers on long haul flights. This work has been published in the Lancet.

In 1992 Mr Coleridge Smith became Editor in Chief of Phlebology and saw great advance in the scientific standards of this journal. In 2003 he left Phlebology to become editor of the European Journal for Vascular and Endovascular Surgery with responsibility for papers on venous disease and concluded his term of office in 2010.

Present and past appointments

Waiting time for an appointment for examination: approx. 2 weeks.